The Influence of Punk – part 2 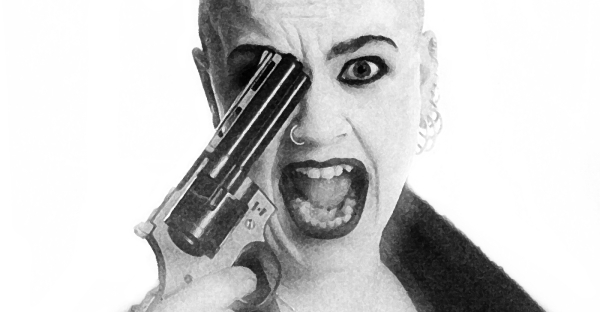 Last week I spoke about the influence of punk in motion graphic design, the Punk rock revolution in the UK and how inspiring it was to young people like me. Today I’ll talk about some of the great designers who emerged from that scene. I’ll start by looking at two of the key players who defined the style of the Punk Rock movement in the UK.

There’s not one person responsible for the style of Punk, it was a coming together of minds and styles. A collective, group activity gained momentum, and as a result, the various styles of the people involved merged into an established fashion. But the pivotal people were the ones who recognized the elements that would excite and brought them together with style, panache and, of course an eye for design.

The punk movement grew out of a basic disillusionment, with the establishment, the music scene, fashion, the media. What better way to show your dissatisfaction than to tear it all up and start again? That’s exactly what punks did. Essays on design refer to this as Deconstruction. This wasn’t a new concept, post-modern art movements like the Dadaists and, ironically, the Constructivists used techniques of disassembly and reassembly to shake up the status quo and embrace a new way of looking at things.

In New York in the early seventies, bands like the New York Dolls would dress up in womens clothes in an attempt to shock away the apathy that existed in the music scene. Richard Hell was the one who became a blueprint for thousands of young punks, defining the spikey hair and ripped t-shirt look before anyone else. But it was really Vivienne Westwood who took the look and developed it into a recognizable style. Now one of our top designers, she started off with a small clothes shop on the Kings Road in London. She and Malcolm McClaren owned Let it Rock, a shop selling biker gear and teddy boy clothes. In 1974 this was revamped and renamed SEX, catering to the S&M scene and positioning itself nicely to shock the nation and take punk rock to the headlines.

The Sex Pistols hung out in the shop and that’s where the whole thing took off, the band formed, McClaren became the manager, and Vivienne designed clothes for them under the label, Seditionaries – it was a symbiotic relationship. At Art School Malcolm McClaren met Jamie Reid, a political activist and Situationist who was producing a radical magazine called Suburban Press. He used a cut and paste style of graphics in this magazine, and it was then that he defined his trade-mark ransom-note lettering that was made famous by the Sex Pistols first album Never Mind the Bollocks, Here’s the Sex Pistols.

In the next installment we’ll take a look at the designers who emerged from, or were directly influenced by the Punk movement.