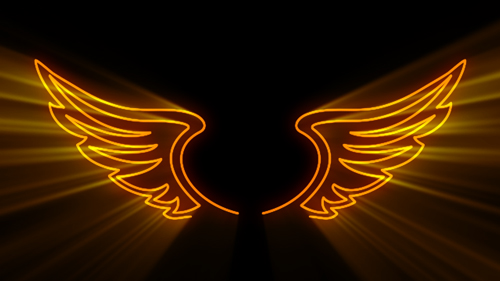 There was a a question today on Creative Cow about how to create a light wipe effect in After Effects. I wanted to help so I decided to put together a quick After Effects Light Wipe tutorial. This tutorial includes an After Effects project and an eight-minute video tutorial where I explain techniques used.

Q: I have a vector object (some wings) which is black right now, and I would like a light ray to start bursting through the center, change to a vertical line “ray” and move both right and left concurrently, revealing the wings; however, the wings won’t now be all made up of light, instead the light rays will reveal the wings’ outline, which will now be outlined in a backlit glow. I hope I’m explaining this clearly. Will I need trapcode for this? Something else?

A: Here’s a little movie that will help you and others I hope. You’ll also find the project files to follow along Wings reveal.aep.