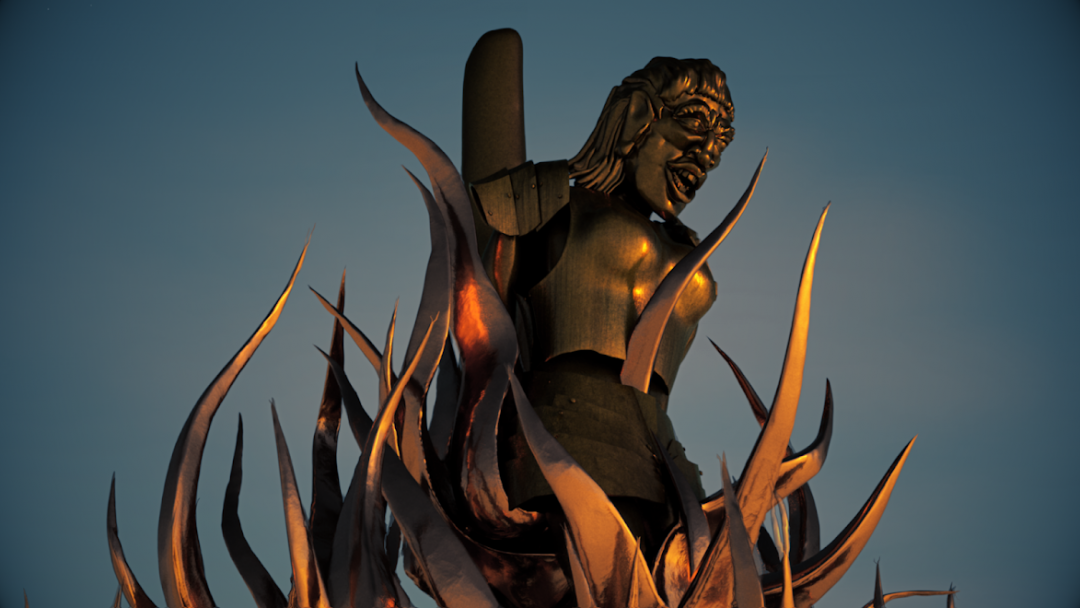 Joan of Arc (c. 1412-1431) was a teenage warrior who led the medieval French army to victory at just 17 years old. She recieved visions from saints and angels who told her to cut her hair, put on men’s clothes and go to war. At just 19 she was killed by the church for wearing men’s clothing.

She was posthumously made a saint. She died on May 30, 1431, after being burnt at the stake. This sculpture was modelled in VR and finished in Bronze before rendering in Cinema 4D and After Effects. She is an icon to many queer people as a result of ber bravery and determination

Buy on Superrare
Skills Posted on