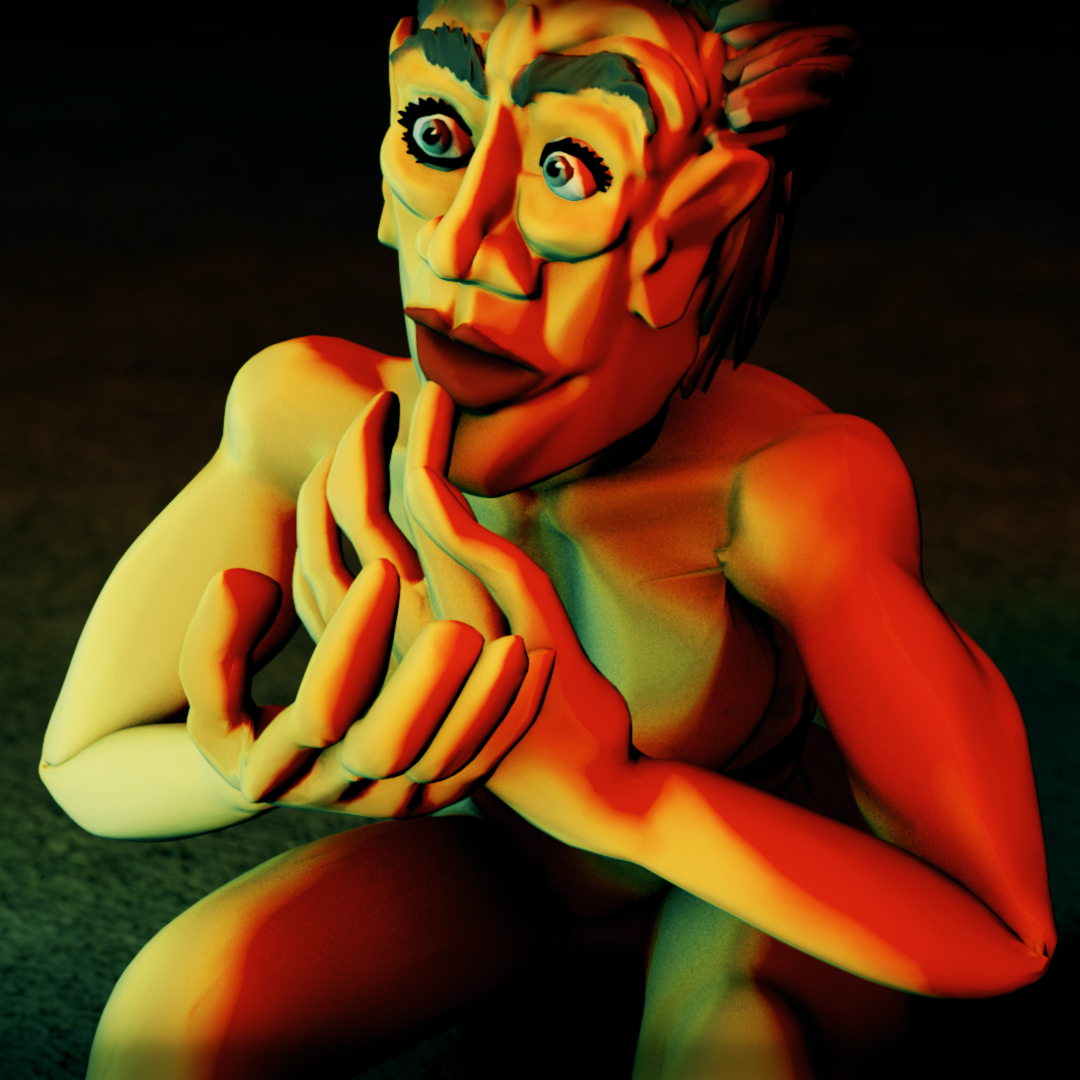 Iwazaru, the third of the three wise monkeys, speaks no evil, covering his mouth.

Iwazaru is different from her friends. She feels the senses of isolation, fear, confusion & frustration with other people. Its a continuous struggle not to vocalize her incredulity at the stupidity & shortsightedness of her fellow beings. Sometimes she wonders if its a form of repressed Tourettes Syndrome or if she’s just a bad person who doesn’t deserve a voice.

In Japanese legend, the Sanshi are the Three Corpses or worms, living inside everyone’s body. The Sanshi keep track of the good deeds and particularly the bad deeds of the person they inhabit. They report these deeds to the god, Ten-Tei. The three wise monekys caused the Sanshi and, ultimately, the god, Ten-Tei not to see, say or hear the bad deeds of a person. Protecting them from judgement or persecution.

This partially ties into modern psychology which talks of the vulnerable child, the nurturing parent and the critical adult inside each personality. The idea of there being multiple facets to ones personality fascinates me. We are not just driven by one inevitable force. We have options if we tune into the different voices in our heads.

The three monkeys proverb is sometimes used to refer to a lack of moral responsibility on the part of people who refuse to acknowledge impropriety, looking the other way or feigning ignorance. Perhaps a result of not being in touch with their more kind, empathetic inner voices?

Personally, I struggle daily with feeling different from the majority of the human population. I have Aspergers so it often feels like I’m from a different planet. Other people frustrate me and confuse me. I have thoughts going through my head of what I’d like to say to them instinctively. But most of the time I stop myself.