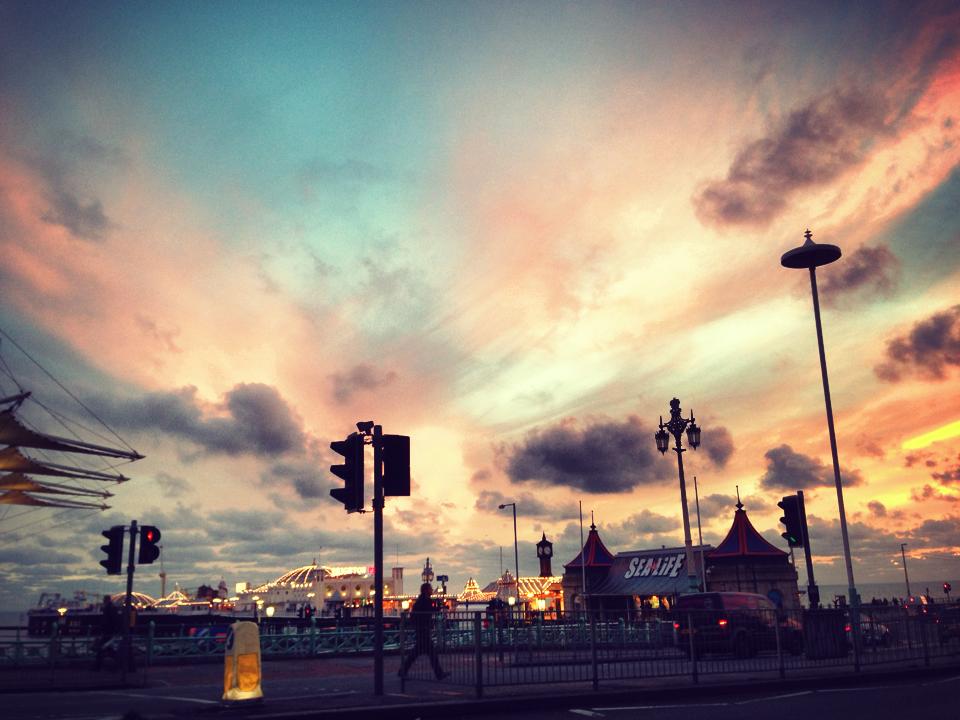 I wanted to share my very first Creative Cabin Review for my new training venture at Creative Cabin. This review is written by motion graphic designer extraordinaire, Phil Bearman.

Like many motion graphics designers, I’m entirely self taught. In the early years of my career I spent a lot of time following tutorials, reading the Meyers’ fantastic books, and watching Total Training videos, alongside doing a lot of experimental work in After Effects.

10 years later, and I’ve been fortunate to build a successful business which has kept me very busy and earning a comfortable living throughout.

When you stop learning, your work can start to look tired and repetitive

I’m a firm believer that you should never stop learning, and with software applications as mature and ‘deep’ as After Effects there’s always something new to discover. Unfortunately the downside to being very busy all of the time is that it’s difficult to find time to learn. When you stop learning, your work can start to look tired and repetitive, and you can end up working on ‘auto pilot’ which is both boring and unsatisfying.

Whilst browsing Facebook recently, I landed on Angie Taylor’s page, and one of her posts was promoting something called the “Creative Cabin”.

For those who aren’t familiar with Angie, she is a long-established motion graphics designer who has become well known for her teaching, through books, video tutorials, seminars and classroom teaching, as well as being a regular contributor to community forums.

The Creative Cabin is a residential studio space near Brighton, UK, which Angie has set up. The studio can either be booked as part of a one-to-one training course with Angie or purely as accommodation, providing a space for you to work on creative projects away from your usual working environment which can be a great boost to creativity. The Creative Cabin appealed to me in three ways:

• Firstly, as an opportunity to take a break from work (as with many self-employed people, I don’t take nearly enough holiday time!)

• Secondly, to do some much needed learning to reinvigorate my passion and creativity, away from the pressures of deadlines, emails and the phone ringing

• Thirdly, to spend some time talking with a fellow motion graphics designer.

Unlike the USA, with it’s many “After Effects User Groups”, the UK doesn’t really have a social scene for motion graphics

Although I’ve been ‘in the business’ for 10 years, I’ve never actually spent any time in the company of fellow motion graphics designers. Unlike the USA, with it’s many “After Effects User Groups”, the UK doesn’t really have a social scene for motion graphics and this makes it difficult to meet other designers if you are self-employed. So the closest I’ve come to socialising is via the online forums, which just isn’t the same as being face-to-face with somebody.

So I booked a two day course at the Creative Cabin and a few weeks later took a train from Manchester to Brighton. From here I took a short bus journey out to the Creative Cabin which is actually situated out of town, slightly further along the coast. Before getting down to work, Angie showed me around the newly refurbished studio which has a picturesque view out over her garden to the sea.

The studio is equipped with basic cooking facilities to allow self-catering (sink, fridge, combi microwave oven), a comfortable double bed, and shower room with underfloor heating, plus there’s an outdoor patio area so you can sit and enjoy the garden and sea view.

At the ‘business end’, there is a large desk which you can either set your own computer up on, or use a provided Mac which has the Adobe Creative Collection installed along with Cinema 4D.

Prior to arriving, I had discussed my requirements with Angie by email. I knew Angie was experienced at 2D character animation, which is an area I’ve shied away from in the past but needed to master for a forthcoming project. So I brought some illustrated characters with me, and together we worked through bringing them to life in After Effects, starting with preparing the artwork in Illustrator, then breaking it down and animating the various components using a combination of methods.

Despite ten years of using After Effects, there were still loads of little AE tips and shortcuts that I picked up from Angie over the course of the two days, but where I actually gained most was from what Angie taught me about using Illustrator.

I’ve been using Illustrator for as long as I’ve been using After Effects, but have only scraped the surface of what it’s capable of – I’ve never explored its features properly (always wanting to jump back to After Effects at the soonest opportunity!) and was really excited to discover just what is possible with Illustrator when you delve in a bit further.

We also did a bit of training in Cinema 4D – another package I’ve been using for years, but only as a secondary tool to AE, so had a list of ‘weak areas’ which we explored.

she’s a great teacher, and has a warm, friendly personality which immediately puts you at ease

I found Angie extremely easy to learn from and get along with – she’s a great teacher, and has a warm, friendly personality which immediately puts you at ease (important when you’re going to spend two days sat at a desk together!). An added bonus is her Scottish East-Coast accent which, as anyone who has watched her tutorials video will know, is very easy on the ears!

In the evening I decided it would be nice to try one of the local pubs for dinner, as recommended by Angie, and she was kind enough to give up her evening and join me for dinner. We had a great chat about how we’d got into the industry, the highs and lows of being a self-employed motion graphics designer, and discovered shared interests (DJing, cooking and gardening) which gave us plenty to chat about. It was really refreshing to chat to somebody about work without fear of boring them(!) and who had been through all the same kind of experiences along the way. The food was also good, as promised!

I like to go for a run first thing in the morning (an essential stress-buster and counter-balance for the sedentary day sat in front of a monitor) – the Creative Cabin is situated close to a cliff-top, which provided a picturesque route for jogging and fresh sea air – a perfect start to the day!

I came away feeling relaxed, refreshed, and rejuvenated

My two-day stay was everything I hoped it would be – I came away feeling relaxed, refreshed, and rejuvenated, excited to use the new skills and tricks I’ve picked up from Angie. It’s been a pleasure to meet her and we will undoubtedly keep in touch.

I would recommend Angie and the Creative Cabin to anyone who wants to sharpen up their creative skills – whether you’re a complete novice, or an experienced professional – or to anyone who wants a change of scenery to work on a creative project, and I wish Angie every success with this new venture.